About the Patient Advocacy Committee

The mission of the Patient Advocacy Committee of the Pacific Northwest Prostate Cancer SPORE is to promote effective interaction and collaboration among investigators, patients and all who are concerned with prostate cancer. Thus the committee transmits the views of patients and members of support groups to investigators in the field of prostate cancer. Simultaneously it communicates to patients and support groups information about current research, especially clinical trials.

We are ourselves working on re-engaging to create a better and more helpful relationship between the advocates and clinicians. As of now, many of the patient advocates are patients who are a part of the prostate cancer community. Our Chair, Marty Chakoian, is the leader of a prostate cancer support group and a member of the “Us Too” leadership.

A note about our highlighted trials and the role of genetics as biomarker for precision treatment in prostate cancer:

We’d like to point out that the selected trials listed here are specifically funded through our SPORE grant and have key translational research aspects. These are only just a small subset of our extremely active portfolio of clinical trial opportunities we have for our patients. Our trials can be broken up into therapeutic trials (some aspect of treatment may be experimental) and/or observational or translational (treatment is standard and patients volunteers to provide their data, e.g. PSA values over time, their feedback such as their quality of life, or their samples, e.g. blood or archived materials). You can find a full listing of our rich clinical trial offerings on the Seattle Cancer Care Alliance website.

The SPORE-related trials listed below are related to genetics and biomarkers.  This is not by accident, but because our program has lead much of the research this important, practice-changing area of clinical innovation.  In 2015, we helped discover that about a quarter of men have mutation in genes related to DNA damage repair (e.g. BRCA1, BRCA2, PALB2).  Moreover, these mutations would likely predict that cancers would be especially sensitive to a chemotherapy called carboplatin and a newer class of targeted pills (PARP inhibitors), including olaparib, rucaparib, and others.  This important discovery is the basis for the COBRA study.

This is an unblinded, randomized clinical study comparing the efficacy of DNA damaging chemotherapy using carboplatin, to standard of care therapy for patients who have metastatic castrate resistant prostate cancer. This trial will use olaparib or carboplatin as initial therapy with crossover to the alternate or second-line drug after first progression for patients with tumors containing BRCA1, BRCA2 or PALB2 inactivating DNA mutations.

Participants then crossover from the first-line therapy to the second-line therapy with the opposite study medication and receive treatment to intolerance or progression (whichever is first). Enrolled participants will be allowed to crossover to second line therapy if they continue to meet initial eligibility criteria, and at least three weeks have elapsed since last administration of either carboplatin or olaparib. Throughout the study, safety and tolerability will be assessed. Progression will be evaluated with bone scan, CT of the abdomen/pelvis, or MRI and PSA as per PCWG3 criteria. (NCT04038502)

Next, in 2016, we led an effort that identified that about 10% of men with metastatic prostate cancer have inherited mutations in the same genes related to DNA damage repair (e.g. BRCA1, BRCA2, PALB2, ATM, CHEK2, and others).  These were not always seen in men who were younger, or who reported that cancers ran in their family. This was important because when there is an inherited or hereditary genes mutation related to DNA damage repair, there are important implications not only for treatment of cancer (e.g. the COBRA study), but also for blood relatives, who may have up to a 50% chance of carrying the same mutation and be an increased risk of cancer. Because insurers and the medical systems were not immediately able to adjust to these discoveries, and because there is a shortage of genetic counselors, we launched the GENTLEMEN study in order to quickly explore alternative strategies to provide this critical testing and information by web and phone to patients with metastatic prostate cancer, free of cost and to anyone with metastatic prostate cancer in Washington State and then expanded to the United States.

After launch of the GENTLEMEN study which provided genetic testing free of cost and to anyone with metastatic prostate cancer in the United States, we realized this was a valuable study for many patients, but there were still people who were not finding out about the importance of genetic testing. Perhaps they lived in a more rural place and did not know about the new information. Perhaps their oncologists did not know. Perhaps they did not have good internet access and/or did not feel comfortable using the internet, or had reservations and questions. We wanted to better understand who might be at risk for being left behind. To help address potential information and access disparities, we launched the GIFTS Study. In this study, we aim to ensure that every single man who has a new diagnosis of metastatic prostate cancer in our cancer center region (and is therefore is registered in our Fred Hutch Cancer Registry) receives a letter and personal phone call of invitation explaining the study in plain language and has the opportunity to undergo genetic testing if they want to. The GIFTS study may help us reach more men, and may also begin to identify if additional barriers to genetic testing for men with metastatic prostate cancer might still exist. The GIFTS study is also there to help men who carry inherited cancer risk mutations provide their male relatives with access to genetic testing since the relatives may also be at risk for prostate cancer.

Finally, the PATROL early detection study allows us to offer men who don’t yet have prostate cancer, but who may be highest risk due to inherited cancer risk gene. These could be the sons, brothers and nephews of our patients from COBRA, GENTLEMEN and GIFTS who are found to have inherited mutations DNA damage repair genes (e.g. BRCA1, BRCA2, PALB2, ATM, CHEK2, and others we are still learning about). Or, they could be men from families seen in our Breast and Ovarian Cancer Prevention and Gastrointestinal Cancer Prevention Clinics. The PATROL study seeks to detect cancer early if it develops by using new methods and technology. Our hope is that early diagnosis and targeted approaches for the cancers that may develop will change the natural history and outcomes for patients with these mutations.

Our SPORE investigators are treating physicians at Seattle Cancer Care Alliance and University of Washington. 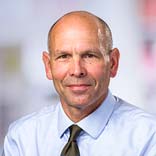 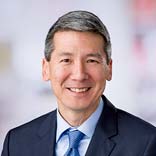 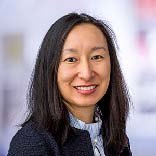 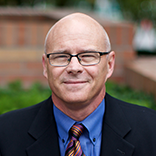 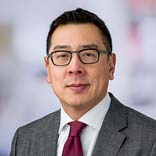 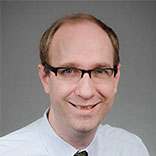 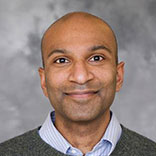 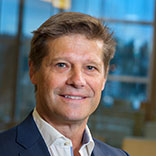 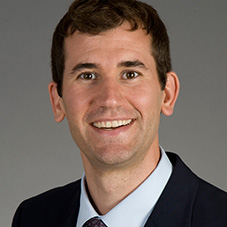 Marty Chakoian is a 17-year prostate cancer survivor and facilitator of the Us TOO in Seattle Prostate Cancer Support Group. In that role he has come to understand the critical role support groups play in helping patients and caregivers navigate the complex decisions around diagnosis and treatment. Marty joined the Board of Us TOO International in 2018 and currently serves as Board Chair, advocating for programs that reduce the racial equity gap in prostate cancer affliction and mortality.

Jack is a 22 year Prostate Cancer survivor, diagnosed with Gleason 9 PCa in April 1999. He became a patient at the UW Medical Center and the SCCA in January 2000.  Jack has been an integral and steadfast member of the PNW Prostate Cancer SPORE Patient Advocacy Group since 2002. He is also a long time member of the US TOO Men's Support Group. Most recently, Jack volunteered his time and contributed to a Patient Exercise Video Series aimed to help Prostate Cancer Patients improve their health and overcome treatment side effects via the implementation of an exercise routine.

David was diagnosed with metastatic prostate cancer in 2013 and has been patient at SCCA since 2019.  He joined the Patient Advocacy Group in 2020. He is a retired professor with experience in cellular and molecular biology of cancer. Before he retired he held positions at Cold Spring Harbor Laboratory, N.Y. (1981-2004), founding Director of the Sheila and David Fuente Graduate Program in Cancer Biology at the University of Miami School of Medicine (2004-2009), and Professor in the Department of Biological Sciences at the Korean Advanced Institute of Science and Technology, DAejeon South Korea (2009-2019).  In addition to scientific research and graduate and undergraduate education he has been involved in outreach programs for elementary through high school students.

Ms. Higgins’ brother was diagnosed with advanced-stage metastatic prostate cancer.   Both she and her brother became quick studies of all aspects of an advanced stage cancer moving through a rapid succession of treatments.  Working at an outpatient clinic at Harborview Medical Center helped with this intense pace of learning, but in the process gave Ms. Higgins a passion for sharing information with other patients and creating a better patient experience.   Also informing her work as an advocate was meeting with senators in Washington D.C. on behalf of the Western Washington’s Alzheimer’s Association requesting additional funding for Alzheimer’s research.   Ms. Higgins also has extensive experience in fundraising for non-profits.

Jack is a 23 year PCa survivor.  He was Chapter Leader of the Tacoma Prostate Cancer Support for 14 years and has been a member of the SPORE PCa Patient Advocacy committee for more than 20 years.

Jim was diagnosed with prostate cancer in 2009. He had a prostatectomy in 2010, followed by salvage radiation, and hormone therapy.  Jim has been essentially undetectable since 2012.  Joan currently has CML, a form of leukemia, and has been using a target chemo drug for about 3 years, which is working to lower her numbers with minimal side effects.  Together Joan and Jim are a true team. They were active in the Shelton Prostate Cancer Support Group and attended Prostate Cancer Support Group meetings in Olympia, Tacoma, Poulsbo, becoming SPORE Advocates in 2012.  Jim and Joan work to support others using their experience, as well as information they obtain from the SPORE Group, Conferences, and other advocacy efforts. They have a history of working within their communities to raise awareness, offer support, and help others.  At one time they were even part of the US Too International Hot Sheet “handoff distribution relay” team with fellow advocates Jack Hudspeth and Jim Kiefert.

Jim Kiefert was a longtime PNW Prostate SPORE Patient Advocate, and a beloved member of the Prostate Cancer community. Jim was well known for the smile he shared with all, and for being a fierce fighter in his battle with prostate cancer. Jim was always eager to help others, providing his undivided attention, kindness, and respect. He made an indelible positive impact on countless people in the international prostate cancer community through his dedication, patience, humor, and compassion.

Jim Kiefert was diagnosed with prostate cancer in 1989 at age 50. He had surgery and radiation which did not eliminate the cancer. Jim retired in 2001 as a school district superintendent having spent 41 years in education serving as a math/science teacher, University professor and public school administrator. He was a Fulbright Scholar who studied at the American University in Cairo, Egypt and served as Executive Secretary of the Washington Educational Research Association for 19 years.

Jim credited his prostate cancer diagnosis with changing his life - sparking changes in diet, exercise, stress reduction, spirituality, and focus on the appreciation of the most important things in life. Jim and his wife Maureen had eight children, 14 grandchildren, and six great grandchildren. Together they received ACS M2M facilitator training and became facilitator trainers. They formed and facilitated support groups in The Dalles, OR and Olympia, WA. Jim served on the Board of Us TOO International, including chairing the Board from 2005 to 2007. He also served as Chairman of the Comprehensive Cancer Control Program for the State of Washington, Chair of the Pacific Northwest SPORE patient advocacy group, advisor to the Washington Prostate Cancer Coalition, and a member of the Prostate Integration Panel for the Congressionally Directed Research Programs.

Jim said: "Living with prostate cancer makes you realize that every day is a gift, to be spent wisely."